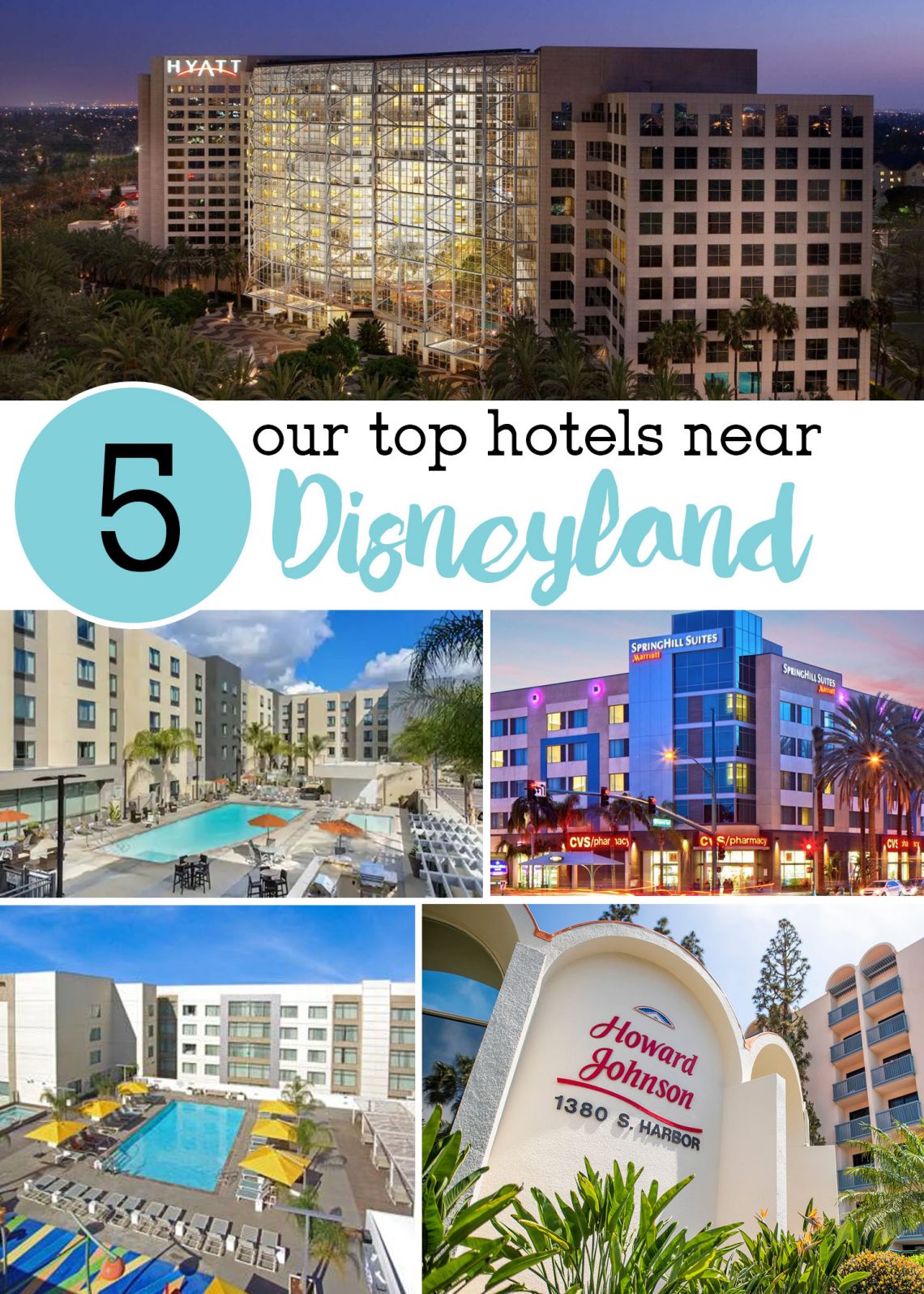 In just under 26 weeks our family will be leaving Australia for our dream trip to Disneyland! We will be staying in Anaheim, California for 10 nights. So where in Anaheim will we be staying? Well, of course if we could choose anywhere we would definitely be staying on property at one of the Disneyland Resort hotels, but unfortunately our budget doesn’t agree with that idea. So we had to find a hotel nearby.

But finding a hotel nearby wasn’t as easy as it seems, there are so many choices, all with their pros and cons. It was an incredibly hard decision. I spent hours and hours searching the internet, looking for recommendations on Pinterest, researching reviews on TripAdvisor, asking friends where they stayed. It was really stressful. After all a bad hotel can ruin your whole experience.

So I started with what I knew. My husband and I have been to Disneyland twice before and both times we stayed at the same hotel. Both times we enjoyed our stay, it wasn’t the fanciest hotel, but it was nice, it wasn’t the closest hotel, but it had it’s own free shuttle service and personally we had no complaints whatsoever. But when I looked it up online, the hotel had changed owners and the reviews were mostly terrible, and over the last year, each time I looked at the reviews they didn’t seem to improve. So it was time to find somewhere new.

So these are the things I was looking for in a hotel, we need to be walking distance to Disneyland or have a shuttle available, there must be a pool suitable for small children, we need a bath for our daughter, who doesn’t like showers (and amazingly this was one of the deciding factors) and we need a large room, so we can get a bit of space away from each other (10 nights is a long time in a small room).

These are the 5 hotels that fitted our criteria the best:

For a long time the Springhill Suites at the Anaheim Convention Centre was our top choice. It is within walking distance to Disneyland (1.1 km), although some reviews suggest taking a shuttle, taxi or uber if you have small children. They offer a kids suite with bunk beds and a separate sleeping area for parents. The bathroom is large with a walk-in shower. The rooms look fun and inviting and you can view the Disneyland fireworks from the pool deck. The pool is apparently a little chilly in cooler months and is quite deep. There are lots of restaurants in the area as well as a CVS (convenience store) for any supplies. Breakfast is also included in the price.

Another great choice is the Residence Inn at the Anaheim Convention Centre. This hotel is right next door to the Springhill Suites and boasts many of the same amenities. It also has a kids suite (although we would have booked a more simple room, due to budget). The deluxe queen rooms, have a separate bedroom with 2 queen beds, a lounge room, as well as a kitchen area for those who love to cook. The bathroom has a walk-in shower. Some rooms also boast views of the fireworks, which can also be viewed from the pool deck. The pool deck includes a swimming pool, hot tub and splash zone for the kids. Breakfast is once again included in the price and there is a Pizza Hut on property for a bite to eat after a long day at Disneyland.

The Homewood Suites by Hilton Anaheim received some of the best reviews I have seen on TripAdvisor. The hotel is a little further away from Disneyland than the previous options, but is next door to one of the Disneyland parking lots where you can catch a free shuttle to the parks. The hotel itself has a heated outdoor swimming pool, kid’s pool, putting green, sports court and barbeque area. At this hotel we would have chosen the kid’s suite, which includes a partitioned off section with bunk beds for the kids, a lounge area and kitchen. The bathroom has a shower/bath combination. Breakfast is included in your stay as well as a complimentary light meal and drink on Monday – Thursday nights.

The Howard Johnson is directly across the street from the entrance to Disneyland and has it’s very own pirate themed water playground Castaway Cove. The water playground looks like lots of fun for small children and there is also a heated outdoor pool and hot tub. There are lots of room combinations to choose from including themed kid/family suites. Due to budget we would have chosen a queen room with bunk beds for the kids in building one. Building one has been recently updated and according to the reviews on TripAdvisor is worth paying that little extra for. There are no kitchens in the rooms, however there is a bar fridge and microwave. The bathrooms have a shower/bath combination. Breakfast is not included in the stay, but there are a few cafes nearby.

The Hyatt Regency is further away than the other hotels from Disneyland, approximately 4 km. But there is a shuttle bus available for a small daily fee. The hotel has 2 heated outdoor pools and a recreation deck where families can play a game of basketball or ping pong, and in the evening there is a fire pit. Breakfast is not included in the price, but there are two onsite restaurants and a Starbucks for those who need a coffee fix in the morning. The hotel has a kids suite, which features two separate rooms, one with bunk beds for the kids. The bathroom has a shower/bath combination. There is no kitchen, but the room has a microwave and bar fridge. There is a Target nearby for any supplies.

In the end the decision came down to which hotels have a bath. It may seem silly, but when your daughter really doesn’t like showers, it’s a huge thing. We also decided having space was really important. So we chose to stay at the Hyatt Regency. It is actually quite close to the hotel we stayed at on our last two trips, so at least the area will seem familiar. All of the hotels I have mentioned in this post had some great features, and it was a really hard decision. But our hotel is now all booked and we are ready to go!

Curious how our stay at the Hyatt Regency went check out this post to find out! 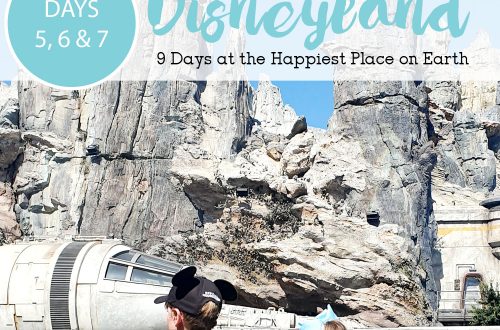 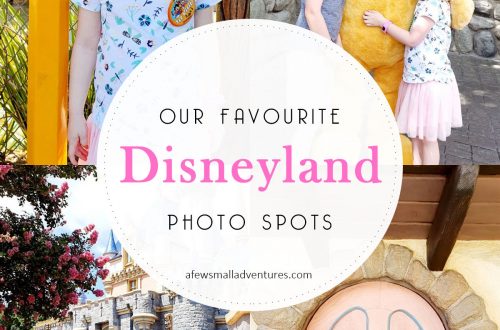 Our Favourite Photo Spots at Disneyland 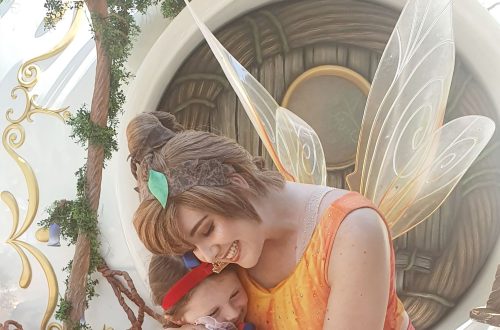