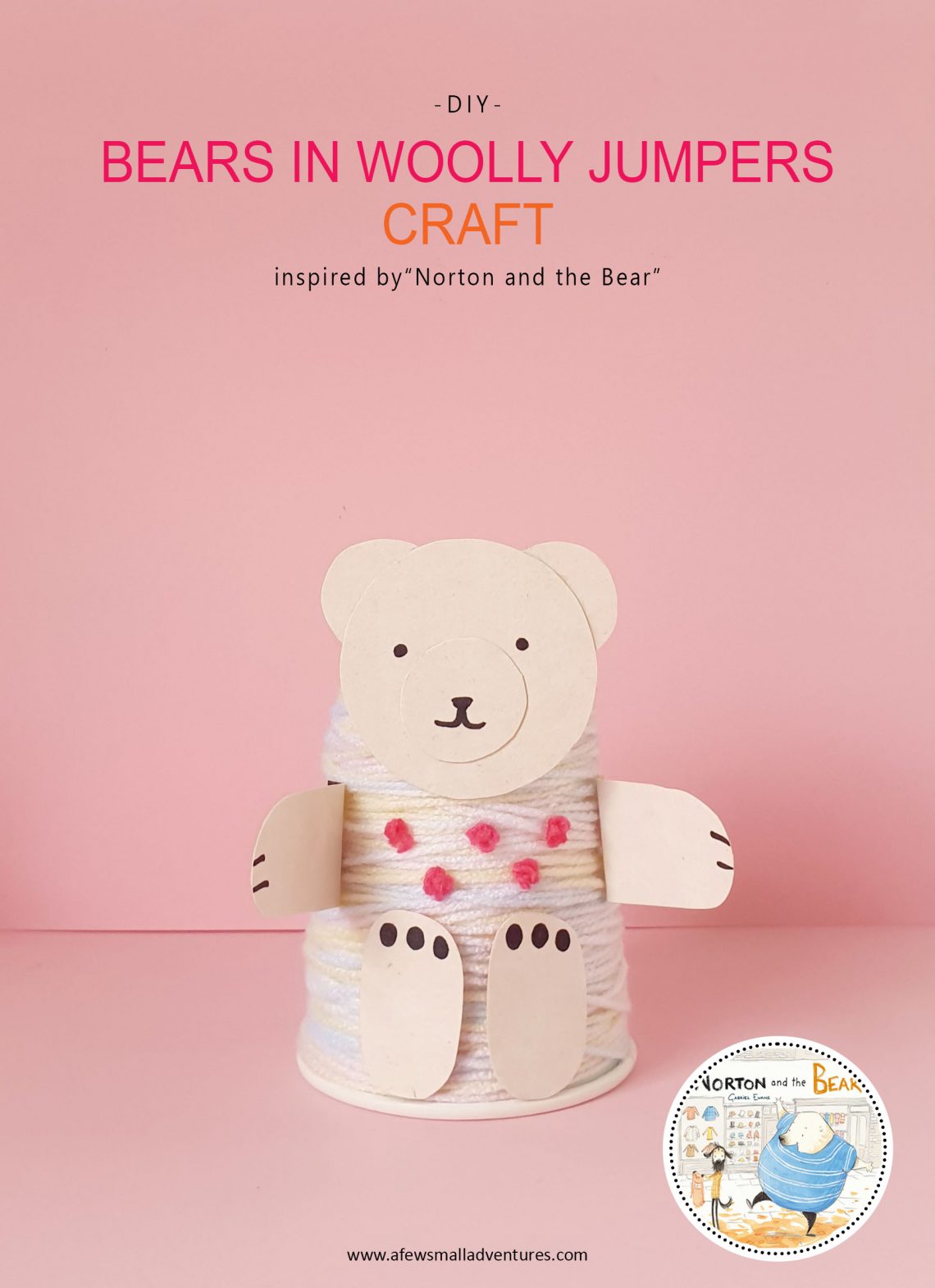 Are you looking for a fun craft to make with your children for Book Week? This cute bear craft was inspired by one of this year’s CBCA shortlisted Picture Books ” Norton and the Bear,” written and illustrated by Gabriel Evans.

“Is imitation the sincerest form of flattery? Or is it just annoying? This irresistible read-aloud helps children deal with the sensitive topics of conformity, individuality and belonging in an accessible, kid-friendly way. Whether you’re more like Norton or the bear, this story will show you that there’s room for all kinds of creative expression.”

Norton and the Bear is such a fun and humourous story, and I loved all those jumpers on the end papers so much that I had to make my own bear, with his own woolly jumper. This is how you can make one too…

To make your bear you will need the following craft supplies:

To make your bear, the first item you will need is a paper cup. The paper cup will be the body of the bear.

The next step is to draw the bear’s head, ears, nose, arms and feet on some cardboard. I used the inside of a cereal box for this. Draw a circle for the head (I traced around the top of my paper cup), and 2 smaller circles for both the nose and ears. Draw 2 small ovals for the feet and 2 rectangles with one rounded end for the arms.

Cut out the shapes, making sure you cut one of the small circles in half to create the ears, and put aside.

Wrap the cup in wool. You might like to tape the end of the wool to the cup to make it easier to start. Continue wrapping until the cup is completey covered.

Once the cup is covered in wool it should look similar to the one below.

Now the body is complete, let’s start making our bear’s face. To do this first glue the small circle to the large circle, this is the bear’s nose.

Now glue the 2 semi circles to either side of the bear’s head, to make his ears.

Add some details to the bear’s face; a nose, mouth and some eyes.

Glue the bear’s head to it’s body. I used PVA glue for a stronger bond. I also made sure the bear was lying down so the head wouldn’t slip while the glue was drying.

Add some details to the bear’s hands and feet.

Glue the bear’s feet to his body just above the rim of the cup.

Fold the square ends of the bear’s arms backwards to create a small flap.

Put glue along the flap and attach the arms to the bear’s body.

And ta-da our bears in woolly jumpers are complete! Don’t they look great!

My daughter Zoë had lots of fun making her own bear. It’s such a fun and simple craft to make. We hope you have fun making bears in woolly jumpers too!

Or if you would like to do another fun Book Week craft why not try one of these: Tent Craft Inspired By “There’s No Such Thing” | Australian Bird Craft Inspired by “Busy Beaks” 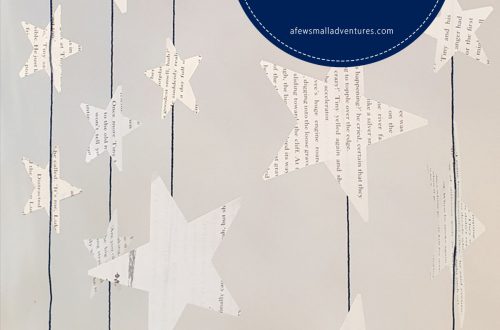 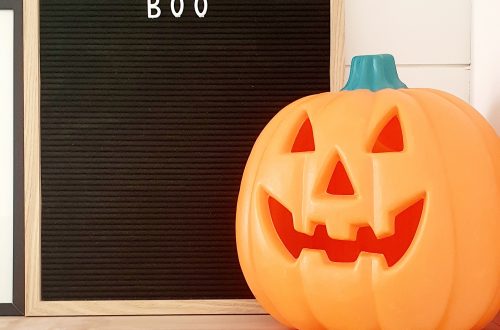 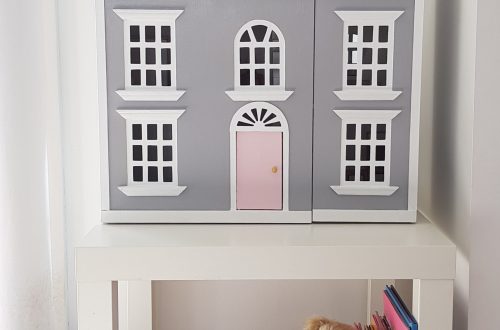